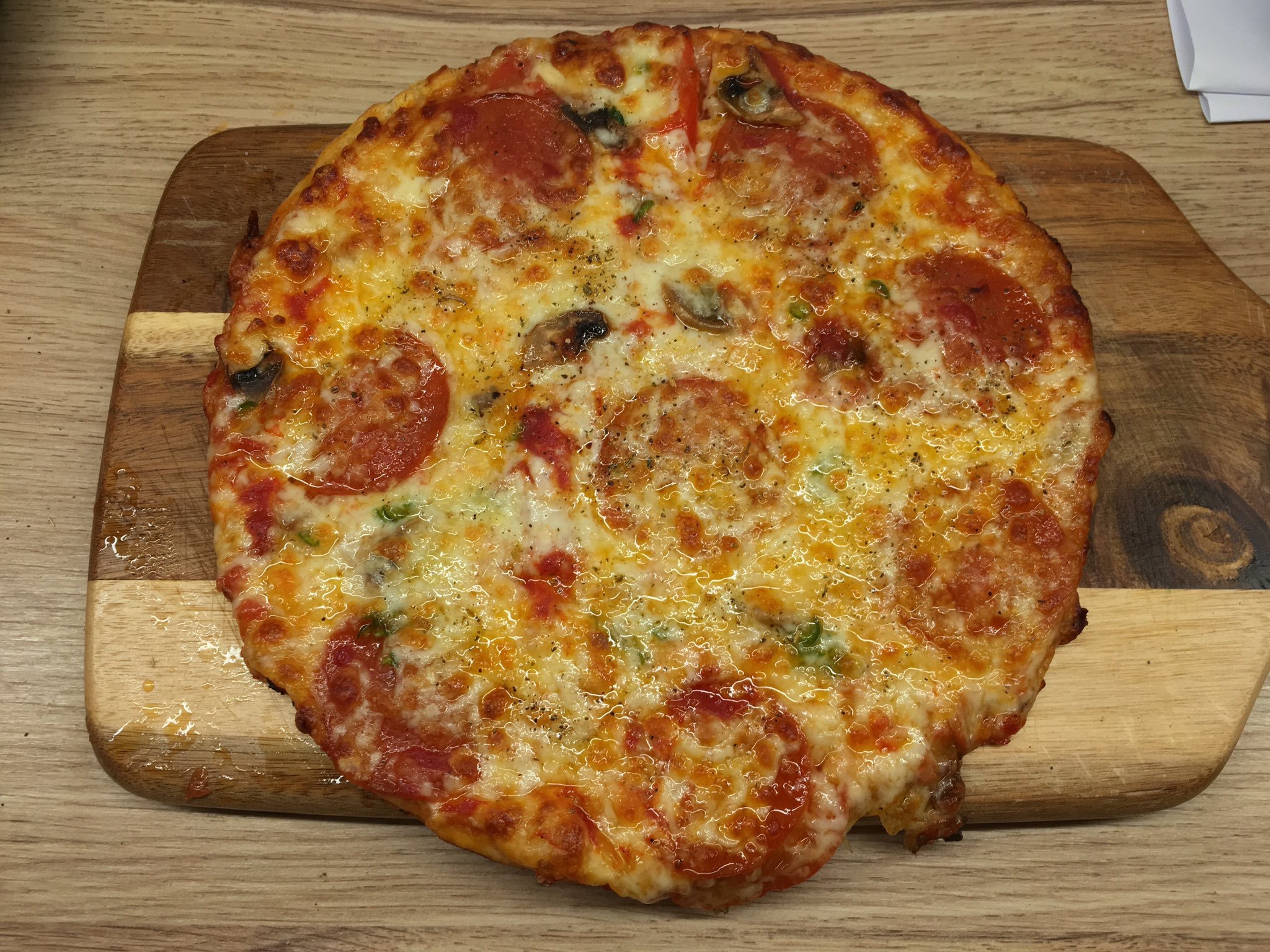 Most people in the UK could benefit from eating more healthily and, it’s true, the country is facing an epidemic of obesity and ill health related to bad food and drink choices.  It’s impossible to ignore the fact that unhealthy food is all around us, often at attractively low prices.  With the added convenience of takeaway and microwave meals, it’s all too easy for us all (myself included) to fall victim to bad dietary habits.  So, any effort to provoke a change in this should be welcomed, right?  In the case of Jamie Oliver’s latest campaign, I’m not convinced.

Jamie has recently set out on a mission to take to task the various fast food companies and food providers who, in his eyes, are enticing our kids to crave and choose the wrong food options.  Anyone who’s paid attention to his twitter account lately will have seen his various @’s aimed towards the likes of Domino’s Pizza etc, not so subtly shaming them into, he hopes, refraining from advertising and selling ‘junk food’ to kids and adults alike.  Most recently, he met with the First Minister of Scotland, Nicola Sturgeon, who is reportedly eager to put a stop to ‘buy 1 get 1 free’ deals on pizzas (or, Two for Tuesday as it’s more commonly known).  This is a similar approach taken to health issues by the Scottish Government in recent times relating to alcohol, with minimum pricing having recently been introduced in an attempt to improve the country’s overly indulgent drinking habits.

There are a few problems with this kind of  broad brush ‘solution’ to the problems we face in relation to food and drink related health issues.  Firstly, simply increasing the price of so called ‘junk food’ ultimately has more of an impact on the poorest people in our society as opposed to those who are more financially well off.  Providing you can afford it, you can continue to order as many pizzas as you like, whilst struggling families will be made to pay more for what is perhaps, at least for some, an occasional indulgence and treat.  Second to this is the conflict of interests which accompanies Jamie with this agenda.  In effect, we’re talking about the owner of a chain of Italian pizza & pasta restaurants lobbying the government in order to ensure rival pizza chains aren’t able to offer promotions.  This conflict appears even more apparent when you pay attention to Jamie’s own restaurant chain and the special offers they feel perfectly comfortable in promoting. 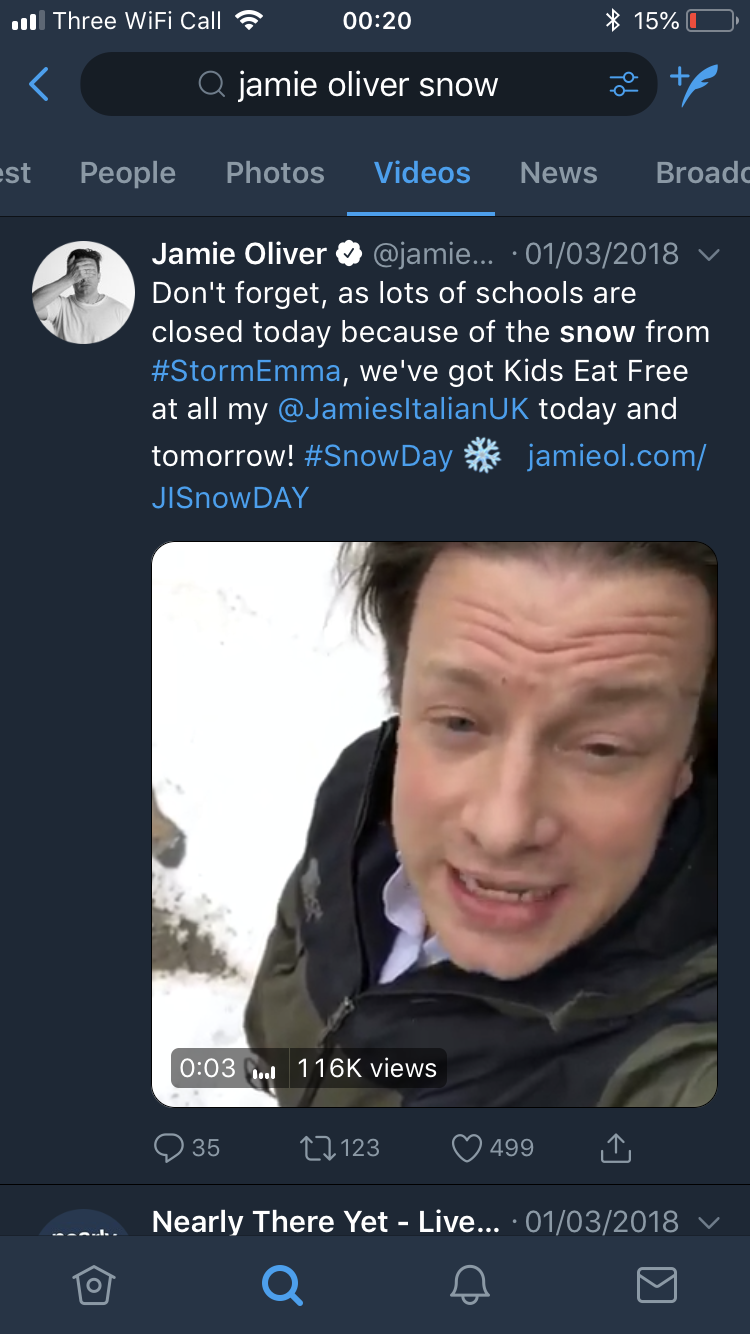 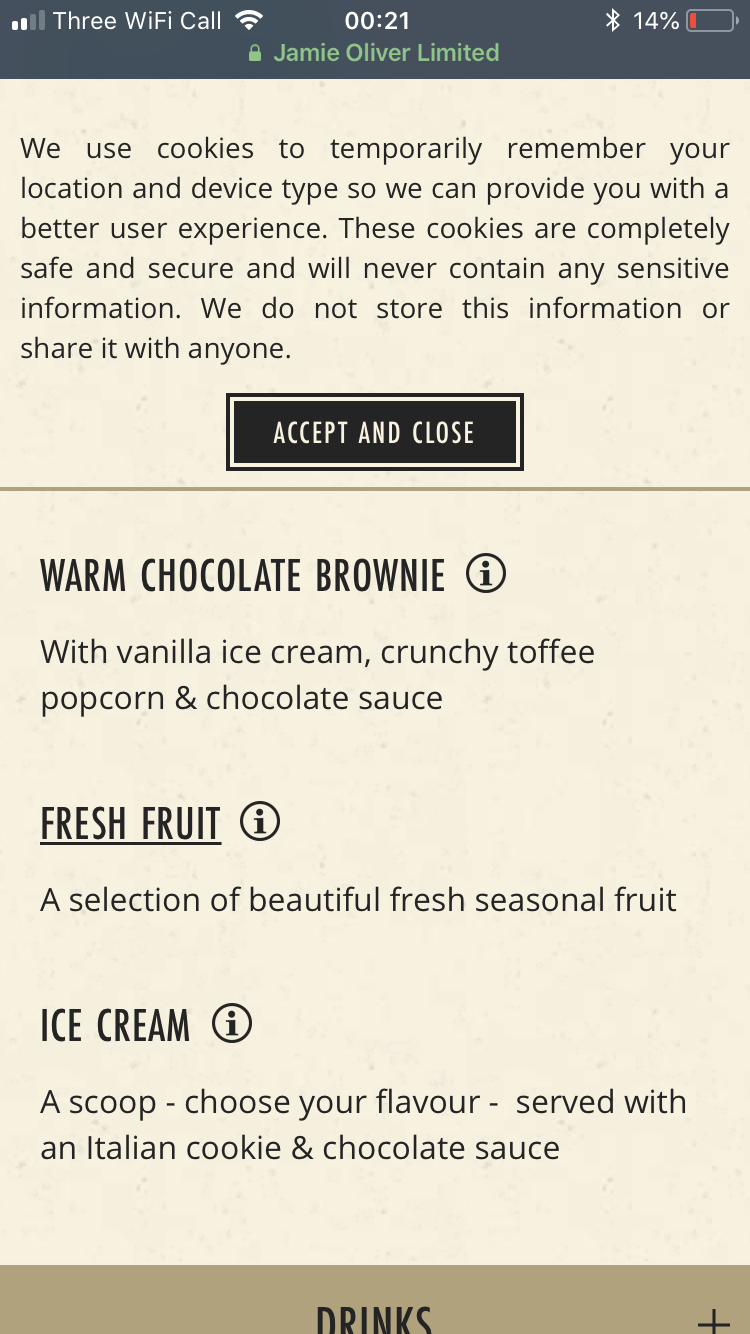 To be fair, Jamie’s restaurant menus do indeed include healthy fresh fruit options.  The same can be said of McDonald’s however.  I’m guessing most of the kids who visited his restaurant that day opted for the free chocolate brownie with ice cream as opposed to the fresh fruit.  I struggle to understand why Jamie feels comfortable with advertising special offers of his own ( Kids eat free!) whilst lobbying against the rights of the likes of Domino’s to advertise a buy 1 get 1 free offer on their menu items.  The bad look continues for Jamie when you dig into the details of some of the other items on his restaurant chain menus, as James Wong decided to do: 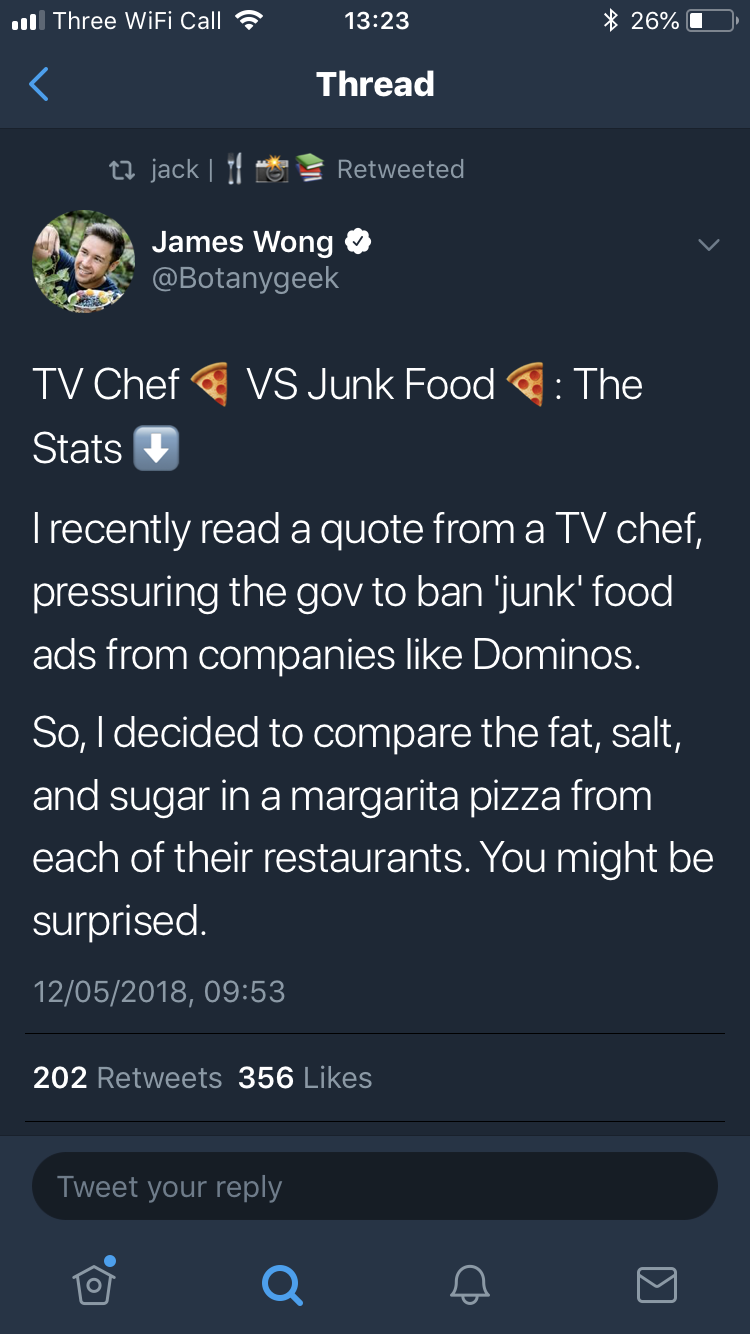 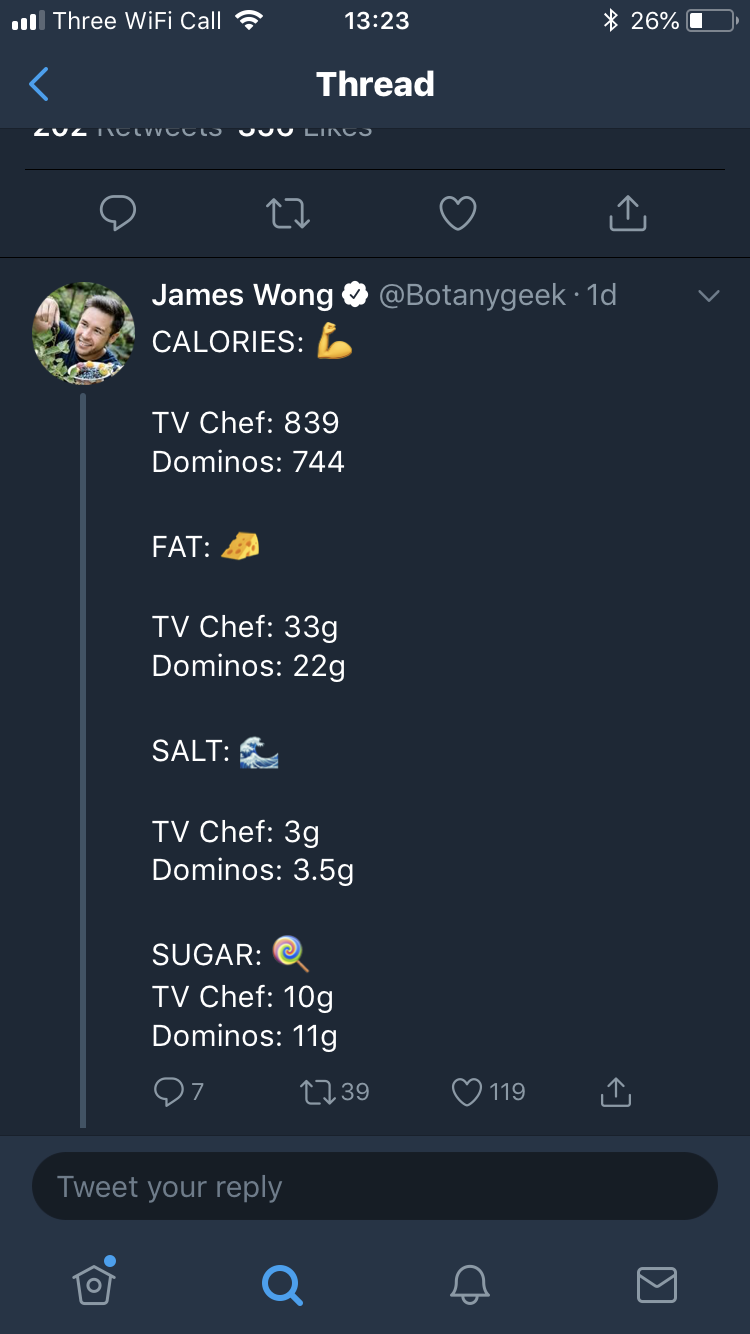 Are we to accept that Domino’s and other companies should be banned under law from offering Buy 1 get 1 Free promotions on their pizzas (pizzas which are arguably healthier than those sold in Jamie’s restaurants) whilst he is free to carry on with the business of offering kids free chocolate brownies and ice cream with any paying adult?  At best, there’s a hypocrisy here.  At worst, it could be viewed as a cynical attempt to stifle the competition, perhaps a tempting tactic when your business empire has been under increasing pressure in recent times.

I’m all in favour of encouraging kids and adults alike to learn about the food and drink choices they make.  I’m in favour of removing junk food advertising from advert breaks during kids TV programmes.  What I’m not in favour of is the argument that some companies should be politically pilloried and campaigned against by an individual who is simultaneously offering for sale a similar range of high calorie, high fat, high salt and high sugar items within his own restaurant chain.  I’d like the freedom to take advantage of special offers from every company and not just Jamie’s.  If he wants to campaign to ensure that home economics and cooking skills are reintroduced to schools, or encourage subsidies to ensure healthier food choices are made more affordable to low income families, I’ll back him all the way.  As it is, his campaign has the air of ‘do as I say, not as I do’ and the hypocrisy detracts from any well intended message.

You can find out more about which cookies we are using or switch them off in settings.

This website uses cookies so that we can provide you with the best user experience possible. Cookie information is stored in your browser and performs functions such as recognising you when you return to our website and helping our team to understand which sections of the website you find most interesting and useful.

Strictly Necessary Cookie should be enabled at all times so that we can save your preferences for cookie settings.

If you disable this cookie, we will not be able to save your preferences. This means that every time you visit this website you will need to enable or disable cookies again.